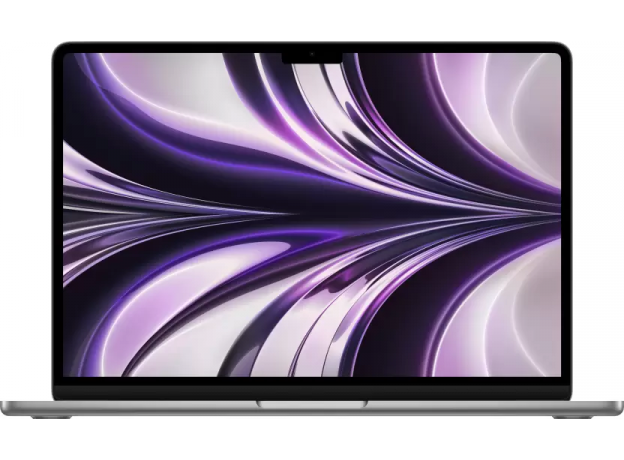 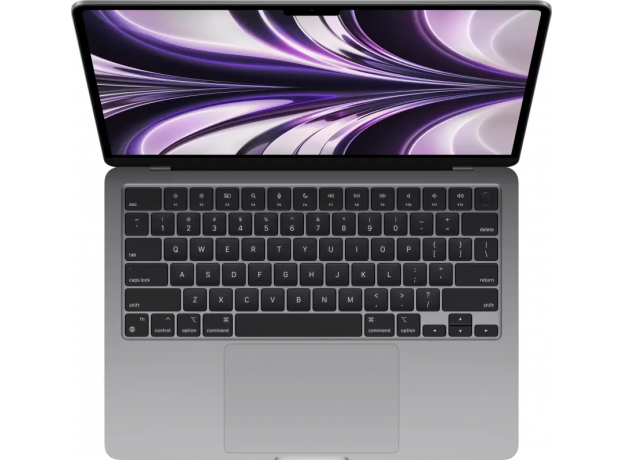 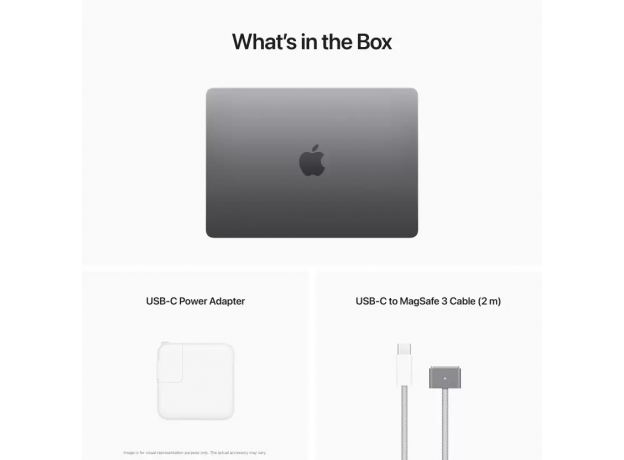 Hover on image to enlarge

MacBook Air comes in four gorgeous finishes — each with its own matching MagSafe charging cable.

The M2 chip starts the next generation of Apple silicon, with even more of the speed and power efficiency of M1. So you can get more done faster with a more powerful 8‑core CPU. Create captivating images and animations with up to a 10-core GPU. Work with more streams of 4K and 8K ProRes video with the high‑performance media engine. And keep working — or playing — all day and into the night with up to 18 hours of battery life.2

M2 begins the next chapter for Apple silicon, which has transformed the Mac line-up with its blazing performance and power efficiency. The breakthrough system on a chip (SoC) architecture combines the CPU, GPU, memory and more on a single chip so everything runs much faster — while requiring much less power.

M2 is built using an enhanced second-generation 5-nanometer technology. It features over 20 billion transistors — 25percent more than M1. And its 16-core Neural Engine is capable of executing up to 15.8 trillion operations per second to accelerate machine learning tasks. Up to 24GB of high-performance unified memory gives the CPU and GPU shared access to a larger memory pool. And the 100GB/s memory bandwidth — 50% more than M1 — makes multitasking and running multiple apps super-fluid.

The next-generation 8-core CPU on M2 is up to 18% faster than M1.4 So you can zip through everyday tasks like creating documents and presentations, or take on more demanding workloads like developing in Xcode or mixing tracks in Logic Pro with Spatial Audio.

With up to a 10-core GPU, M2 delivers a big boost in graphics performance — up to 35percent faster than M14 — for everything from colour correcting photos to editing 4K and 8K video.

More speed for all your apps.

All your go-to apps run lightning fast in macOS — including Microsoft 365 and many of your favourite iOS apps. And with over 10,000 apps and plug-ins optimised for Apple silicon, your creative future is wide open.

To be clear, it’s gorgeous.

The breathtaking 34.46-centimetre (13.6-inch) Liquid Retina display is the biggest — and brightest — ever on MacBook Air, with support for 1 billion colours. Text is super-crisp, and photos and movies more brilliant and vivid, with rich contrast and sharp detail.

The quick-release MagSafe power connector easily attaches — and detaches — with magnets, preventing any unintended flights. Two Thunderbolt ports let you connect and power high-speed accessories. You can also connect up to a 6K display. And the headphone jack supports high‑impedance headphones.

Would you recommend this product?