APPLE WATCH SERIES 4 – THE WORLD ON YOUR WRIST 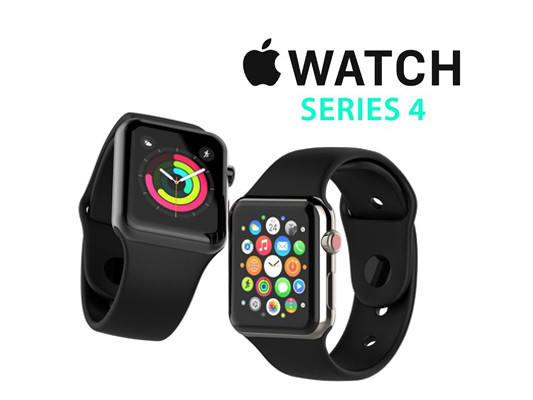 When we hear the word Apple, we automatically get the pictures of classy iPhones, iPads, etc. That is how Apple has brought a change in the market. Apple Watch Series 4 is yet another excellent smartwatch from Apple that can be added to the list of best smartwatches. Series 4 is the first smartwatch from Apple that has a different dimension, unlike its predecessors. Apple has spiced up the features with the inclusion of several applications like ECG readings, fall detection, and better heart rate sensor. Does Apple Watch Series 4 worth the price? Let's look at the details.

The predecessor of Series 4 came in two sizes – 38mm and 42mm. But the size of Series 4 has made a little bit bigger – 40mm and 44mm. Apple has also made Series 4 a little thinner compared to Series 3. Moreover, with Series 4 on your wrist, you will feel it less heavy. They have also tweaked the curve at the back, so the real panel hits your wrist speeder. Most of the differences are minor but its quite noticeable. The backside also has a heart-rate sensor and it is surfaced with ceramic so that allergic reactions will be unlikely. Apple has even brought minor changes to the digital crown too. They have made it a wee bit slimmer. They have also added haptic feedback for the digital crown, which means it will give you a vibrational click whenever you navigate. You could feel the smoothness whenever you rotate it. Apple has also placed the side button right beneath the crown without making a noticeable bump. Overall, the design team has made slight tweaks to make it an elegant piece.

Apple has given more room for the display by ditching the thick bezels. You could see that the display stretched nearly to the edge. As said earlier, the display is made bigger and their resolution also has gone up. The OLED screen of the 40mm model has a screen size of 1.57inches and on the other hand, the size of the 44mm model is 1.78. Yes, the change is small from Series 3 but it shows a big difference in visuals. Coming to resolution the 40mm and 44mm model has a resolution of 394 x 324 pixels and 448 x 368 pixels respectively. The pixels make the display more vibrant than its predecessors. The brightness of the display remains just like that of the Series 3 – 1000nits. On a positive note, Apple has utilized the extra space on the screen by making the icons and texts larger. So the readability has enhanced and usage is much more convenient relatively. Moreover, they have brought new faces considering the change in the size of the display. Adding to that, the effects look more realistic and stunning thanks to the screen.

Apple is a step ahead of their competitors when it comes to the processor. Equipped with an S4 64-bit dual-core processor, Series 4 is really fast. Downloading e-emails from the watch mail app, navigation, loading time, etc is rapid. It is as fast as Apple smartphones. As per Apple, the speed of Series 4 is twice faster than former versions. You can scroll through the messages without any stutter, you can zoom in and out photos smoothly and you can open applications within no time. The rear ceramic panel provides better signal for its antennas and makes connecting to phones faster. Talking about calls, when calls come is displayed instantaneously and the accepting & rejecting function works quickly. Accessing maps and finding the current location will take only like 1-2 seconds and zooming in and out in maps is smooth. With Series 4, you can every task without experiencing any sort of stutter or sluggishness.

Apple series 4 comes with a bevy of interesting features. From fitness tracking to heart rate sensor there are lots of features that can make your life easy

Fitness Tracking: If you are a fitness enthusiast then you would not regret buying Series 4. Just like the former versions of Apple Watch, Series 4 also come with a versatile fitness app. The automatic workout detection feature, which we have seen it its predecessors is also included in Series 4. This feature enables the watch to track your workout even if you forget to set it. It automatically detects the motion and if It detects no movement you will get a notification asking whether you have stopped your workout or not. The fitness app also features an Activity Competition mode that lets you challenge your friends and compete with them. This motivates one to work out and get rid of laziness. With the fitness app, you could also calculate the cadence rate which is the number of steps taken per minute. The distance calculation is also very accurate in Series 4. In Series 4 you can set pace alerts so that if you become slow it can alert you. This can help the runners who keep a target for pace. With all these abilities, Series 4 can indeed be your fitness partner.

Fall detection: Since Apple has enhanced its accelerometer, gyroscope and optical heart rate sensors it can now detect falls too. This works by combining the G-force impact and detection of arm and hand placement while falling. Though Apple has not guaranteed successful fall detection.

Let it be any gadget, Apple has always impressed their customers. With numerous features and qualities, Series 4 will surely steal your heart.

The battery life of series 4 is amazing. Though the company says only 18hrs in a single charge you will get more than that. However, it varies according to the user just like our phones. Using the fitness app, activating all sensors and using music app can deplete the battery soon.

Series 4 comes in different color variants which looks compelling. It comes in two materials – Aluminum and Stainless steel. The aluminum finish comes in silver, gold and space grey and the stainless steel finish also comes in the same colors with a Milanese band.

We cannot expect a smartwatch that works just likes a smartphone to be given a budget price. Apple Watch Series is priced at Rs.48,990. Considering the features and its quality this is the right price. We could hope that in the future the smartwatches like this become affordable to everyone.