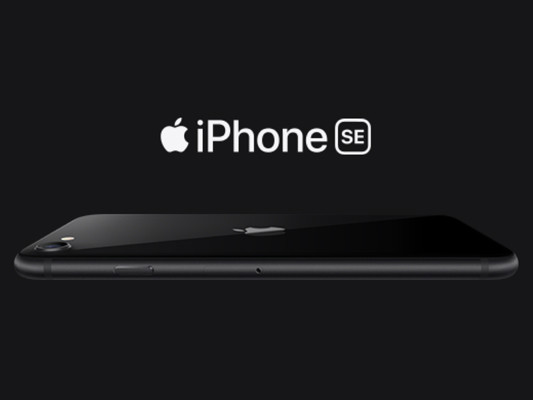 Apple iPhone is always considered as a premium brand. With the launch of iPhone SE, we can say that they have come into the budget category too. iPhone SE which is compact just like the iPhone 8 is currently the cheapest among Apple iPhones. However, the brain is much more powerful than the latter and the old iPhone SE making iPhone SE the most powerful among the 4-inch category.

Nowadays getting a small and handy smartphone is tough. Almost all smartphones come with a minimum 5.5-inch screen. This makes iPhone SE much more special for those who like the compact design. Of course, you'll get many Android smartphones in this range, powerful and cheaper than iPhone SE but it's an ideal smartphone if you are on the lookout for a budget Apple iPhone or small-screened compact and powerful smartphone. Though it comes with a small body like iPhone 8, it performs like iPhone 11, thanks to the A13 Bionic chip. Should you buy it? Let's dive into the features and specifications and see whether iPhone SE is worth buying.

The design of SE gives you a nostalgic feeling because it's small like the phones we used to use earlier. In fact, it looks like a twin brother of iPhone 8 with 138mm height, 67mm width and 7mm thickness. The only notable difference from iPhone 8 is that the logo at the back is realigned from top to centre and the Apple wordmark has been removed. Other than that, the shell looks exactly the same. This makes IPhone SE and old-fashioned smartphone when we get many other feature-rich smartphones below 20k. However, there will surely be some people who like the old-fashioned style. Coming to the build quality, the shell is strong and elegant with sturdy glass at the back and aluminium frames like we have seen in some other Iphone models. The screen has thick bezel unlike modern smartphones and the single selfie camera is placed on the top bezel near the speaker. You get a home button at the bottom which has Touch Id integrated to it. At the back, you get the 12MP single rear camera on the top left along with the flash. Furthermore, Iphone SE boasts IP67 water-resistance feature. In short, it's a small and cute lightweight phone with just 148g weight, handy enough to carry and use and small enough to not to create protrusion in your pocket.

If you think that the 4.7inch screen is not up to the mark then you are underestimating. It's a Retina HD display boasting 1334 x 750 capable of giving excellent visual experience. Moreover, it provides 625 nits brightness, meaning you can easily use it in daylight without any problem. On top of that, it has True Tone feature that helps in adjusting the colour temperature of the screen according to the light conditions. Apple also says it can furnish you with 326 PPI and 1400:1 ratio. Normally, Apple iPhones always delivers brilliant visual and IPhone SE also does that. We tried watching some 1080p videos and surprisingly the detailing, colour and sharpness were impressive. Apart from that, we tested some games and the video quality seemed so good. However, when we played PUBG, we felt like our two thumbs were obstructing the view since the screen is small and thus we found it a wee bit difficult to play. Though, this is something one can get used to. In total, no matter how small the display is, it's impressive and capable of furnishing you with the excellent viewing experience.

A normal person would consider iPhone SE as same as IPhone 8 by looking at the size. In fact, iPhone SE is as powerful as 11 Pro and 11 Pro max. In other words, the body is that of iPhone 8 whereas the brain is A13 Bionic chip - the same chip equipped by 11 Pro and 11 Pro max. With this state-of-the-art processor, they have also placed a not-so-cutting-edge 3GB RAM which is capable of doing the job pretty well. To check how powerful is the processor, we played some high-end games like PUBG and Asphalt and it worked smoothly. Adding to that, we also tried launching apps, multitasking, video editing, playing 1080p videos and running more applications in the background but we never came across any problem. SE runs on iOS 13 which means it not only has all the applications present in it but also is capable of supporting the applications and software Apple rolls out in the future. In short, IPhone SE will never disappoint you when it comes to performance. This is the best facet of SE.

SE comes with the same 12MP rear camera and 7MP selfie camera that we have seen in iPhone 8 and normally one would think that the camera would be below par when compared to the cameras in latest smartphones. That being said, the camera is surprisingly impressive. This is because the image signal processors (ISP) is more advanced than in iPhone 8 and this makes the whole difference. The camera, in general, is capable of delivering crisp and detailed images. However, the portrait mode is the highlight in SE. The background blur and image clarity in total is perfect. The close-up shot and landscape also panned out really well. Just like the rear camera, the selfie camera is also capable of delivering images with great details and colours. Moreover, Apple has also proved once again that you can take magnificent videos by enabling IPhone SE to shoot 4K videos with 60fps. When everyone thought the camera of iPhone SE wouldn't be up to the mark, it has just amazed us.

Every smartphone will have a not-so-good element and for iPhone SE, it's the battery. It's decent but not excellent. iPhone SE comes with a 1821mAh battery and apparently you won't get the backup you expect. However, A13 bionic chip provides good support in making the battery last. With a single charge, you could nearly get 12 hours of backup with moderate usage. Normally a battery with similar power won't last this much but iPhone SE has a decent backup just because it has a powerful processor. You also get a 5W lightning charger in the package but it ain't good enough with only the capacity to charge the phone 25-30% within 30minutes. The good thing is that the battery supports 18W fast charging and again the man behind this is A13 Bionic processor. If you have an 18W charger, you could easily charge the phone 50% in 30 minutes. Moreover, it also supports wireless charging.

iPhone SE comes in only one variant of RAM which is 3GB. As in the storage, it comes in 64GB and 128GB ROM which is quite decent, to be frank. Coming to the colours, Apple offers it in three colours - Black, White and Red which make the phone look. You can have a look at the product and its details in our store. If it impresses you, place an order and get it the same day.

When we analyze the phones from Apple, all will cost more than iPhone SE which is priced at Rs.42500 for 64GB variant and Rs. 47800 for 128Gb variant. This is the cheapest Apple smartphone available in the market at the moment. It might be priced a tad high when we compare it with smartphones at this range Samsung A71, Realme X2, etc but from Apple phone's perspective, it's a bargain.

The body and screen of iPhone SE might be old-fashioned but the processor is one of the latest available, not to mention, the powerful camera. This is the right one for you if you are looking for a compact smartphone that is powerful whilst being convenient to hold and use. Especially for Apple fans, iPhone SE would be a great choice with decent performance at this price. Find the details of the product here.