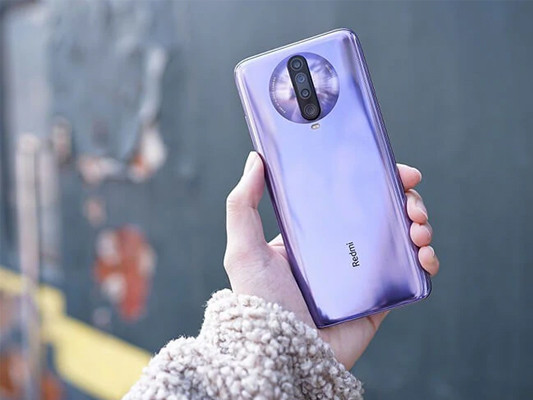 In this world of instant growing technology, we see an increasing competition among smartphone brands. Redmi, one of the leading brand is building mid-range smartphones with all the essential features. The latest model that the market awaits is Redmi K30. Details regarding some of the key features have been leaked that we'll discuss in the below sections of this blog. Redmi K30 may have premium features like a 120Hz display refresh rate and Sony’s new IMX686 image sensor. We’ve also learned the device may have a side-mounted fingerprint scanner, too.

Note: All of the features mentioned in this article—the 120Hz display, side-mounted fingerprint scanner, and Sony IMX686 image sensor will definitely appear in a Xiaomi smartphone code-named “phoenix” ie, the Redmi K30.

Now, let's get into the highlighted features of Redmi K30.

In the latest versions of MIUI 11, a new method called “isBroadSideFingerprint” has been added that returns true if the device’s code-name matches either “phoenix” or “Picasso.” At the current moment, we are not much aware of “Picasso”. In any case, the string that follows this code tells us that “BroadSide” refers to the right side of the device: “Fingerprint sensor is located on the right edge of your device.”
Apart from all these, the graphic titled “core_scan_gesture_broadside” delivers a generic smartphone with dual hole-punch front cameras and a right-side-mounted fingerprint scanner which is great news and will be a new experience for the users.
Xiaomi Redmi has already announced that the all-new K30 holds a dual hole-punch design and it's assumed to be made with the likeness of the Redmi K30 in mind. You can still expect at least two of the smartphones from the Xiaomi brand that holds dual hole-punch designs and side-mounted fingerprint scanners.

Sony has already posted a teaser on its Weibo page about its upcoming IMX686 image sensor. Weibo is a Chinese social media site and all where curious why Sony shared such a piece of news in Weibo. But now we have good news that the upcoming Redmi K30 from Xiaomi's family is the first smartphone device with the IMX686 and Sony is teasing the sensor ahead of the smartphone’s upcoming launch soon in China.
Much details are not disclosed about IMX 686 and the only thing we know is that it’s supposed to be a 60MP image sensor.
The evidence we found for “phoenix” having Sony’s IMX686 comes from a Qualcomm camera library. Below listed are the strings within the library:
“phoenix_imx686,” “phoenix_s5k3t2,” “phoenix_gc02m1_depth,” and “phoenix_gc02m1_front.”

All Features at a Glance

Redmi K30 is tipped to feature a 6.66-inch full-HD display with a 20:9 aspect ratio and 120Hz refresh rate. Covered with a layer of Gorilla Glass 5, the K30's display is well protected. Featuring a side-mounted fingerprint sensor for authentication, this will be a great new experience for the users. Along with all these, Redmi K30 also holds NFC, an IR blaster, 3.5mm headphone jack to handle the connectivity suite, and a 4,500mAh battery with 27W fast charging support.

Internally packed with Qualcomm Snapdragon 730G SoC along with SoC paired with 6GB of RAM and 64GB of storage, Redmi K30 delivers better performance. The 6GB + 64GB configuration is expected to be priced at roughly Rs. 20,000 and Xiaomi are expected to launch more variants as well.

The camera part holds a quad rear camera setup which includes a 64-megapixel main snapper, assisted by a 13-megapixel ultra-wide-angle shooter, an 8-megapixel telephoto lens, and a 2-megapixel camera as well. Afterall, K30 runs in Android 10 with MIUI 11 custom skin on top.

When Redmi K30 is ready to enter the market, you can grab it from your nearest myG store or even from the myG online store. Well packed with all of the latest features, you can have genuine products from myG. For those in Kerala, there is an added advantage of same-day delivery anywhere in Kerala. MyG is a name that you can trust.